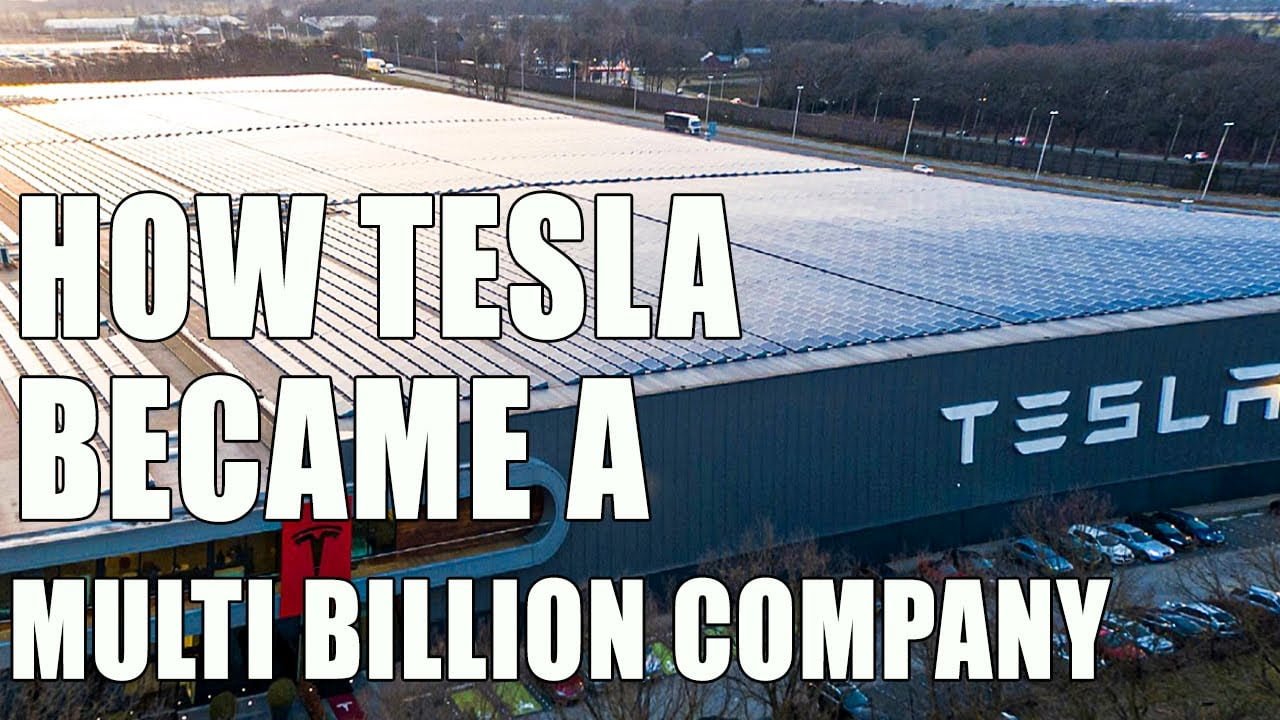 Tesla is one of the biggest Electrical vehicle manufacturers in the world but it’s not limited to Electrical vehicles only. They also make other energy-related stuff such as house powering batteries, solar roofs, and other stuff. Mr. Elon Musk is the co-founder and CEO of Tesla Incorporation. Tesla has become a mega car producer-only since 2017 it was in the automobile industry earlier but was not quite a consumer choice. Most finance analysts say that Tesla is a revolutionary company and the pace at which it is growing is phenomenal.

We will study “How Tesla became a multi-billion company” breaking it down into three phases:

The evolutional of Tesla and,

The rise of Tesla

And make sure to watch the whole video because I will tell you some interesting facts about Tesla company that you might don’t know and I’m sure you don’t miss those.

The beginning of Tesla

Tesla was founded in 2003 by Martin Eberhard and Marc Tarpenning and it was called Tesla motors. The company was started under the great influence of American vehicles parts manufacturer General motors in 2003 but surprisingly it outperformed them in the Electric vehicles market during that year. The company’s first co-founder Eberhard had the vision to initiate a company that is a car manufacturer and a technology company too. Actually, Eberhard was the one who had this vision for an electric car equipped with software and a sustainable energy source.

Then a few months later, third partner Ian Wright joined the company and went looking for Funding Venture Capital and came across Elon Musk who contributed $6.5 million dollars in the initial days of the Company and held the position of chairman of the board of directors in 2004. At that time, Musk appointed Eberhard as the CEO of the company. In 2009 a lawsuit agreement was settled by Eberhard and Tesla to officially announce all five employees including Elon, Eberhard, Tarpenning, Wright, and Straubel as co-founders of Tesla motors.

It was Elon Musk who brought several investors and generated an investment of over $100 million in 5 rounds with the company having $40 million in debt financing.

In January 2008 many of the key personnel of the company were fired including Marc Tarpenning who was Vice president of Electrical Engineering after a performance analysis by the CEO in order to lower the loss rate the company was going through in 2007.

Then in December 2008, Elon Musk went for another venture capital financing and added another $40 million in debt avoiding bankruptcy.

Elon Musk also had a similar vision as other co-founders of creating a compact and affordable vehicle that could rely on a sustainable source of energy.

The first most commercially successful Car made by Tesla was the Roadster which was launched by the company on July 19, 2006, in Santa Monica, California. The Roadster was launched by a company under sports vehicles then Elon Musk visualized the plan to move to mainstream vehicles such as sedans and affordable compact cars. Tesla began the production of the Roadster in 2008. So this was the initial struggling days of Tesla and now let’s move onto the evolution and rising days of Tesla.

The Evolution of Tesla

In the early days of Tesla, Elon Musk and other co-founders had a hard time surviving the company avoiding bankruptcies but later after 2010 the company started to see growth.

Department of Energy which they repaid in 2013 becoming the first-ever EV company to repay its full loan while other manufacturing companies are still pending to repay their debts.

In the same year, Tesla bought its first factory in Fremont, California that gave a boost in the production rate of Tesla drastically.

Tesla also launched its Initial Public offering IPO in the NASDAQ stock exchange market in 2010 became the second American car company to do so after Ford Motors in 1956.

In 2012 Tesla also launched its highly commercially successful vehicle ‘Model S’ which was the first-ever luxury sedan to be launched that marked the road to success for Tesla.

Then three years later they launched their first SUV model-X in 2015. Reaching the fourth quarter of 2015 Tesla was already very financially stable and Elon musk was trying to expand the tesla business by offering other services and products as well.

In April 2015, the company started manufacturing and selling powerwall and home batteries and received a tremendous amount of orders for $850 million in the first week of unveiling this business.

After Elon Musk decided to expand the business, Tesla saw a huge growth in its sales and number of shareholders. In 2016 Tesla acquired SolarCity that develops solar panels and roof tiles for sustainable solar energy. Since 2016 Tesla is also a huge supplier of solar panels in the United States. Tesla motors were named ‘Tesla’ in 2017 to better represent the expanding nature of tesla’s business. Tesla also started selling its Model 3 vehicle that year. Tesla saw a tremendous surge in its growth soon after people began to consider EVs as more fuel and performance-efficient vehicles.

On January 10, 2020, Tesla became the most valuable car company with an $86 billion market capitalization. Surprisingly Tesla saw a growth of more than 200% in its market capitalization and was valued at $206 billion in the Month of February of 2020. Tesla has its most revenue generated from Multiple businesses. Tesla’s biggest markets are the US and China but recently Norway has also become a big market for Electric vehicles so Tesla has most of its sales from there too.

The company’s stock has increased from being around $100 to almost $875 in just this year. Tesla is by far the most valuable car company sitting at a market cap of $800 billion dollars and it seems like Tesla will continue to grow in the coming months if it does not get affected by a market crash. Let’s hope Tesla stock will cross the $1000 dollar mark by the first quarter of 2021.